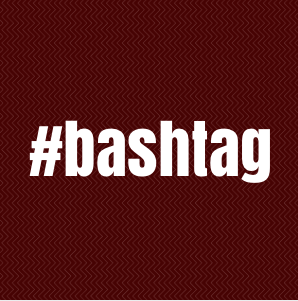 Of course. A brand creates a hashtag, and instead of creating a fun, inspiring, nice way to promote itself, the Twittersphere overtakes it and the sentiment turns negative. Welcome to the bashtag.

Both McDonald’s and the New York Police Department have been on the receiving end of these hashtags-turned-bashtags.

#McDstories started out as way to promote its’ Happy Meals. It was supposed to be a warm, fuzzy, all-American promotion about McDonalds and families. Um, not so much. McDonald’s pulled the promotion six months ago, but #McDstories is still going strong…the wrong way.

The New York Police Department wanted to show how police officers supported their community, so they announced the #myNYPD hashtag. You can imagine how that got twisted around:

“Free Massages from the #NYPD. What does YOUR Police Department offer?” (with an image of officers holding a man, seemingly screaming, with his arms behind his back, on top of a car.)

People are still using it too.

And even before “bashtag” become a word, JP Morgan got a taste of it when they announced their #AskJPM Twitter chat. The people of Twitter had a heyday!

Tomorrow’s Q&A is cancelled. Bad Idea. Back to the drawing board.

I’m not sure how to combat a hashtag or chat gone bad. A brand can have good intentions with creating a hashtag, but once it’s our on the Internet, the brand has no control over it. And there’s no way to shut it down once it starts going in an undesirable direction.