High school is back in session! The boys had several video calls with their teachers and classmates, and have schoolwork to do now! We quickly found out that our Wi-Fi was not up to snuff for four people to be using at the same time. We enhanced our Wi-Fi, which required we buy a new router.

Since there’s no end in sight for this “work from home” thing, me and the boys picked up my double monitors, keyboard and mouse from the office, and I set up in the spare bedroom downstairs. No one can complain that I “work too loud” now. 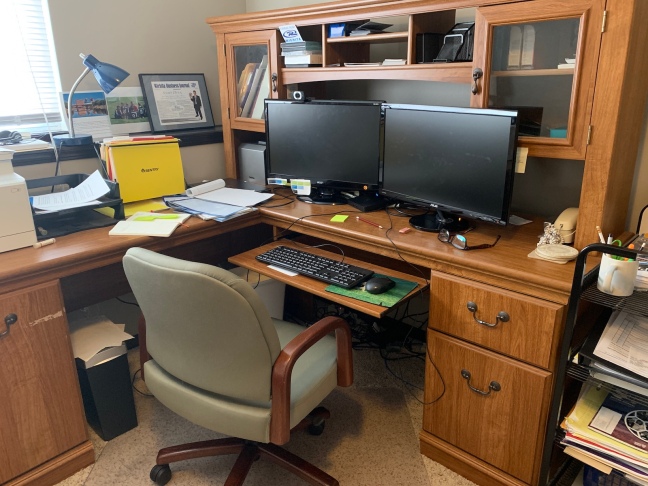 We ordered takeout from one of our local owned restaurants – Wichita Brewing Company.

We watched the movie Contagion, which is eerily similar to what is happening now.

Normally, social would be filled with April Fool’s Day pranks and jokes. Not so much this year.

Approximately 90% of the U.S. population is now under a stay-at-home/shelter-in-place order.

We watched the Incredible Hulk, crossing off another Marvel movie from our “watch-in-order” Marvel movie project.

We realized Ali has not been in the house by herself for three weeks and we think she is annoyed that we are always around. She’s been deprived of her long afternoon naps, and doesn’t seem as excited to see us anymore…probably because she sees us all. the. time. Finally, no one is bothering her…so she did sneak a nap in. 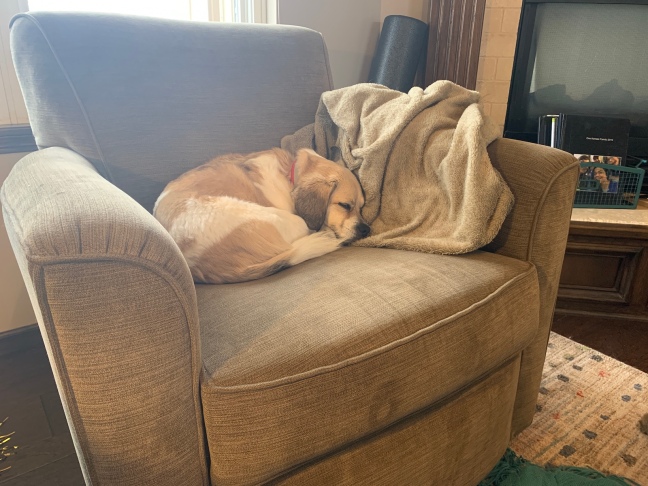 Scott brought a chair home from his office today, so I’d actually have a “real” office chair instead of a makeshift chair that I had to prop up with pillows.

The CDC is now suggesting everyone wear cloth masks out in public. Wal-mart and Target have limited the number of people who can be in the store at one time. Gas stations and convenience  stores no longer allow fountain drinks.

My sister is sewing fabric masks and asked if we wanted some made.

Papa called me and Aunt Sherry via Zoom, and we all talked and had a little fun changing out backgrounds. Papa was in Paris, with the Eiffel Tower in the background, and I was in the Bellagio Hotel in Las Vegas.

In the U.S., 42 states have issued “stay-at-home” orders in some capacity or another. The only states holding out are Arkansas, Iowa, Nebraska, North Dakota, South Dakota, South Carolina, Wyoming and Utah. 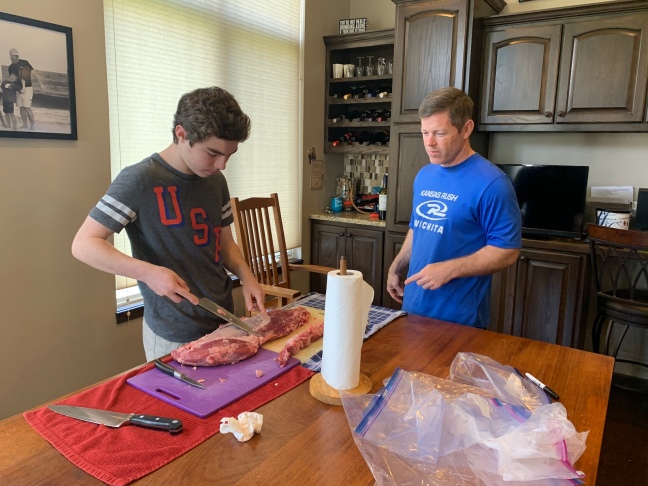 We are grilling out again (I think this is grill out #5?).