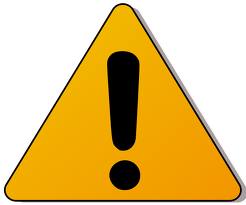 The most recent twitter mishap happened during the presidential debate a few days ago.

KitchenAid joins the company of many who have been involved in a Twitter crisis. Some have happened because of their own lack of judgment, some were due to ignorance of an unfolding tragedy, and some were a simple mix up.

If you are representing a brand of twitter, keep these tips in mind.

Use hashtags and trending topics appropriately.
Kenneth Cole was reamed because they misrepresented a hashtag in a tweet. If you are using a hashtag, always use it in the way it was intended. And remember, if your organization is using a hashtag for promotional purposes, it can be turned on you, and used in a different way then you intended, as both presidential candidates learned this year, as well as a McDonald’s.

Be aware of current events.
I wrote about this one here. This was tweeted the morning after a gunman let loose in an Aurora, CO movie theater.

The Twitterverse was not kind. The company said the person who tweets from this account does not live in the U.S., and was unaware of the unfolding and tragic news.

Always know what’s going on in your community, country and the world. If you are using a hashtag or referencing a trending topic, know the background of it so you don’t end up in hot water.

Double- and triple-check which account you are using.
This has happened to several big brands including KitchenAid, The American Red Cross and Chrysler. If you are responsible for more than one twitter account, be mindful of which account you are using at that moment. Try using two different apps for each account, or only use your mobile phone for one account, and your laptop for the other. Do something to ensure the right message comes from the right account.

Twitter is a great place for a brand to converse with its audience, Just remember that whatever is “said,” lives on…and on…and on. A little planning and extra care can ensure you (and the brand you are representing) don’t end up in the hot seat.

One thought on “Caution: Watch for Falling Tweets”