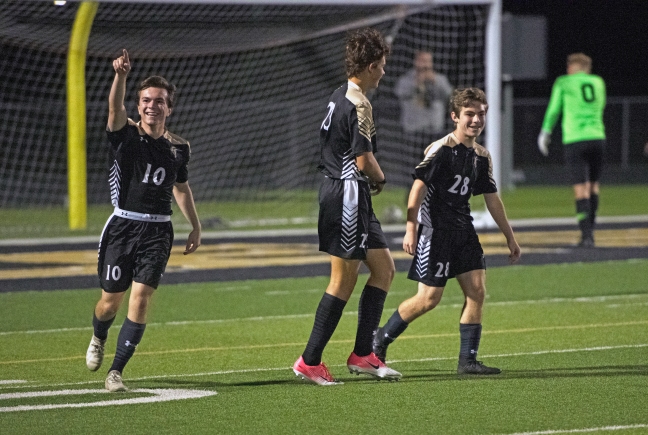 If you sit next to us at high school soccer games this year, you’ll know it’s my husband’s dream to see a Dyer-to-Dyer goal. This means one brother passes the ball to the other brother, who then makes a goal.

We figured we had two soccer seasons to make it happen, Adam is junior this year playing Varsity, and Zach is a sophomore playing both JV and Varsity. Zach has played in several Varsity games, but it always seemed like the two were never on the field at the same time.

In the first photo, you can see Adam pointing up to the stands…the boys have heard us talk about the Team Dyer goal, and he knew it would be an exciting goal.

The announcer: “Goal by #28 Zach Dyer, assisted by his older brother Adam.” 😆

This blog is an assortment of my everyday family life + random posts about creative communication, marketing, PR, technology, parenting and any other thoughts.