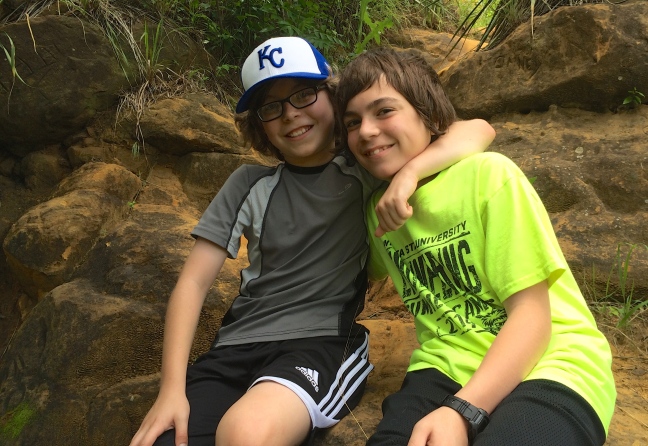 I always feel guilty for working outside the home, but the summer guilt is especially harsh. I feel like my two boys don’t get to have a “real” summer…sleeping in, pool days, doing whatever you want, whenever you want…

I’ve written about it before, but this year seems even worse. My 12-year-old has “aged out” of many camps, but isn’t old enough for others. For the last three weeks, he has basically been on his own. He does have some activities like Lego Robotics Camp, a stop motion video camp and a couple of soccer camps, but that’s it. My 11-year-old is still able to attend the all day camp at our school district’s rec center, but this is the last year for him.

They say they are fine, and like hanging out by themselves.  Of course, who doesn’t when you get to play Minecraft and eat Cheez-its all day?

Then I read this Forbe’s article: Kids Benefit From Having a Working Mom. The article says girls who grew up with a working mother are more apt to hold a supervisory position and earn higher wages. But I was more interested in what it said about boys of working moms:

“As for men whose moms ever worked outside the home, they were more likely to contribute to household chores and spent more time caring for family members.”

My husband is the best. He does A LOT of household chores, and did a lot of caring for the boys when they were younger. Although I was a stay-at-home mom, we would switch off who got up at night with the baby, even though he had to go to work in the morning, and I didn’t. And believe me, he still does his fair share of chores like laundry, vacuum, and cleaning bathrooms. He also chips in with the “childcare” situation, picking the boys up from camps and driving them around.

Guess what? He grew up with a working mom.